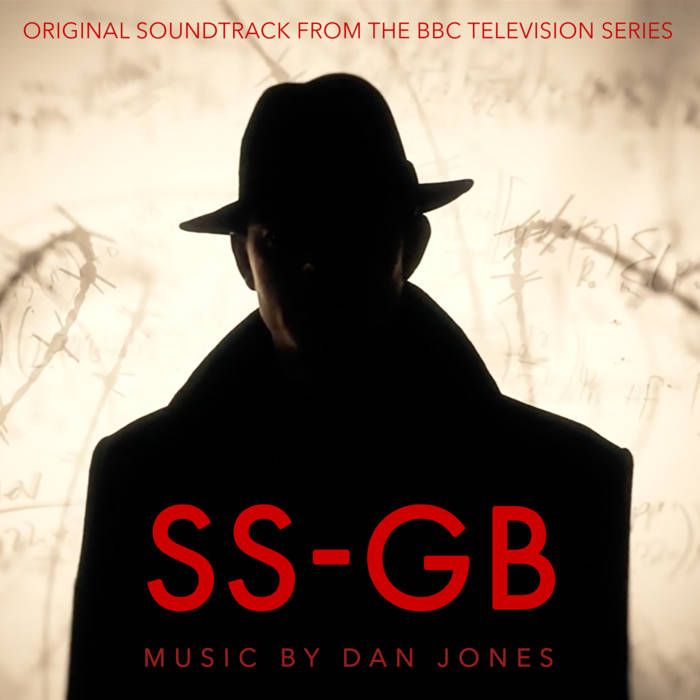 Set in 1941 in an alternative timeline in which the Battle of Britain has been lost to Nazi Germany, SS-GB revolves around the ambiguous Scotland Yard police detective Douglas Archer, who struggles to keep his loved ones safe while being targeted both by the Schutzstaffel (SS) and the British Resistance. The stellar cast features Kate Bosworth (Superman Returns) as American reporter Barbara Barga, Lars Eidinger (Familienfest) as ambitious SS officer Dr. Oskar Huth, Maeve Dermody (Pawno) as Archer’s secretary and lover Sylvia Manning, James Cosmo (Game of Thrones) as Archer’s friend and colleague Detective Sergeant Harry Woods, and Rainer Block (Better Call Saul) as Gruppenführer Fritz Kellermann, the SS officer supervising the police force.

The music of SS-GB feeds into the noir style of filming in the vein of some Bernard Hermann scores, and drawing on the full forces of the BBC National Orchestra of Wales, combines these classic tropes with more modern, brutal sounds, whilst at other times pairing right back for intimate emotive pieces.

The sheet music for the SS-GB Title Theme arranged for piano solo is also available to download from Boosey & Hawkes.

The BBC National Orchestra of Wales was conducted by Elizabeth Purnell and recorded by Huw Thomas at Hoddinott Hall, Cardiff.